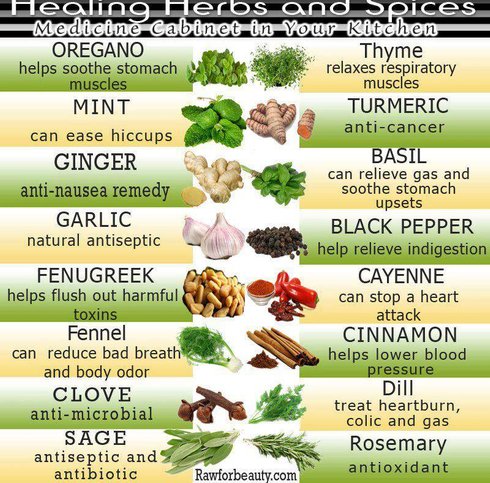 What are some names of herbs?

*** If you want to buy more quantity of Extra Strong Black Seed Oil, Please give us a message.***

The higher the volatile oil content, the higher the thymoquinone content, so you don’t even need too much of it! Once you start taking the oil, you’ll feel the results immediately and within a few days your energy levels will be optimised.

Thymoquinone is the main constituent of the oil and is known for its exceptional properties and a lot of the black seed’s antioxidant, anti-inflammatory and hepatoprotective properties come from it.  It’s often used by individuals with asthma and other respiratory problems.

For those familiar with black seed oil they will notice the high potency of this oil.

Not for children under 5. Do not exceed the stated recommended daily dose.

Not to be taken during pregnancy. This should not be used as a substitute for a varied diet. Keep out of the reach of children.

STORAGE: Store in a fridge or cool shaded area.

*** This is a food supplement which offers many nutritional and health benefits when used on a daily basis.

STORAGE: Store in a fridge or cool shaded area.

Black Seed Oil - At a glance

Black Seed Oil extracted from black seed. Black seed is known by many different names in different regions/countries. Beside black Seed, it also called black cumin seed, kalonji, çörekotu and Schwarzkümmel etc. The scientific name of black seed is Nigella sativa. Nigella sativa is an annual flowering plant which grows to between 20 and 30 cm tall. The flower is white and pale blue with five to ten petals. The fruit contains several black seeds which are used as health remedies, spice and of course, to produce the oil.The whole seeds are small, dark and crescent shaped. Many studies have confirmed the most important element 'Thymoquinone' in black seed.

History tells us that the Black Seed was found in King Tutankhamun's tomb in Egypt. The seed has been used as an herbal remedy and condiment for more than 3000 years.

The book of Isaiah in the Old testament where it says;

The final messenger, the holy prophet Muhammad (SWS) (peace be upon him) said that;

This Hadith Narrated by Khalid Bin Sad:'Aisha has narrated to me that she heard the Prophet saying, "this black cumin is healing for all diseases except As-Sam."Aisha had asked "What is As-Sam" The Prophet (SWS) replied,"Death." Hadith 7.592

Not only was the Black Seed oil found in Tutankhamen's tomb, but also seeds with honey and it was still edible! This indicates that the ancient Egyptians believed that the black seed was valuable and would assist the king in his afterlife.

Cleopatra used the black seed for its beauty and health giving qualities. Black Seed Oil was also used by Queen Nefertiti. In the times of the Pharaohs, the black seed was used as a healing remedy for headaches, colds, inflammatory disorders, allergies, toothaches and digestive disorders.

In the Assyrian Herbal, Black Cumin Seed is mentioned as a healing remedy for stomach diseases and for ears, mouth and eyes. The book also described that the black seed can be used to cure several diseases like; sores, itching, herpes and rashes.
Uses Of Black Seed Oil

Obesity and diabetes have reached epidemic levels all over the world with many people suffering from out of control blood sugar. Controlling blood sugar is the key to solving many health issues. Black cumin has been shown to balance blood sugar levels by increasing the sensitivity of cells to both insulin and glucose. Taking black seed regularly and consuming a good diet will ensure a longer, healthier life.

Black Cumin Oil is Bactericidal. it kills bacteria. Thus it can be effective for diarrhea, cholera,and even MSRA, a bacteria that has become resistant to many antibiotics. Kalonji Oil/black seed oil can be used to treat internal bacterial infections in the stomach, Intestines, Colon and urinary tract.  It also helpful for curing external bacterial infections on the skin, ears and in wounds.

Black Seed Oil as a Digestive

Black Cumin Oil as an Antiseptic

Black Seed Oil can be uses as an Antiseptic in cuts, wounds and burns to keep them free of infection and help them heal faster.

Toxins are all around us in the form of environmental toxins, toxins in personal care products and medication, and the toxins we consume with our food. Certain microbes like candida can generate a slew of toxins and our bodies also produce toxins naturally through normal metabolic processes. All of these place a great burden on our health. Black Seed Oil helps to remove toxins of all kinds by supporting the liver, kidneys, lymphatic and immune system, and by increasing urination and perspiration.

Fungal diseases can be very resistant to modern medicine but black seed oil has proven to be a very effective remedy against numerous strains of fungi.

"Thymoquinone" is one of the major antioxidants found in the Black Seed Oil. Antioxidants protect human cells from damage, which indirectly helps to improve the immune system of the body.

Several famous physicians throughout thousands of years of history relied on Black seed oil to treat a wide range of diseases. The black seed is a rare herb because it is considered to be a panacea (cure-all). It should come as no surprise then that the like of naturopathic masters like Hippocrates, Al-Biruni and Ibn-Sina used it.

Hippocrates (460 BC - 370 BC):  Hippocrates (a Greek doctor) demonstrated Nigella Sativa (Black Seed) as an important solution for stomach related and hepatic issues.

Pliny the Elder (23 AD - 79 AD): In the first century, by Pliny the Elder wrote about black Cumin seed. He called it "Gith" in his 10 volume work entitled "Naturalis Historia" (Natural History).

Pedanius Dioscorides (Greek Physician, botanist, pharmacologist): Pedanius Dioscorides the Greek Physician is well known for his pharmacopoeia of herbs "De Materia Medica". For more than 1500 years, this book was widely read and consulted. He referred to the black seed as melanthion and recommended it for increasing the milk production of mothers and to treat several diseases and conditions like intestinal parasites, headaches, nasal congestion and tooth ache.

Al-Biruni (973 AD-1048AD): Al-Biruni, a well-known Iranian Scholar, wrote about the origins of Indian and Chinese drugs and said that Nigella Sativa is a type of  grain called alwanak in the Sigzi vernacular.

IBN SINA (980 AD-1037AD): Ibn Sina, the famous Persian polymath, scientist and philosopher, penned  "The Canon of Medicine" a hugely influential medical text. His own statement about black seed is as follows;

"Stimulates the body's energy and helps recovery from fatigue or disinterestedness"

What does Research say about Black Seed?

Comments: The research concluded with the statement of using Black Seed as a treatment for rheumatism diseases and also related inflammatory diseases.

Comments: Black seed Oil is useful to relieve the effects of arthritis. The Oil has an anti-inflammatory effect.

Particulars: Effectiveness of nigellone and thymoquinone Of Black Seed.

Comments: The research partly demonstrated the action of the Volatile Oil against inflammatory diseases.

Comments: They stated as follows;

"These findings may be of great practical significance since a natural immune enhancer like the black seed could play an important role in the treatment of other disease conditions associated with immune deficiency states."

In 1993, a study took place at the College of Medicine (Dr Basil Ali and his colleagues)at King Faisal University. The study was published in the Saudi Pharmaceutical Journal, confirming the above results.

Participants of Research:Department of Pharmacy, University of Dhaka, Bangladesh

Comments: The volatile oil of black seed oil was shown to be effective against various strains of bacteria.

Particulars: Antibiotic Oxytetracycline (OXT). This antibiotic is used in the treatment of infection of the respiratory and urinary tracts in pigeons.

Comments:The black seed given as a food to pigeons worked as an immunoprotective element when the chronic administration of antibiotics is necessary.

Comments: The traditional use of Black seed against fungal infections was valid. Black cumin seed extracts exhibited an inhibitory effect against Candida.

Comments: The study stated the following:

"Compounds possessing aromatic hydroxyl and acetoxyl group had more potent activity than aspirin, which is well known as a remedy for thrombosis."

Particulars:Black seeds against cestodes in children

Comments:The study results showed that the black seed contains active components which are effective against cestodes in children, without any side effects.

Participants of Research: Abdulelah and Zainal-Abidin

Comments:The study confirmed that the black seeds have active antioxidant properties. It might be a perfect phytotherapeutic agent against Plasmodium infection in malaria.

What are the 10 medicinal plants?

A Guide to Common Medicinal Herbs

Culinary use typically distinguishes herbs from spices. Herbs generally refer to the leafy green or flowering parts of a plant (either fresh or dried), while spices are usually dried and produced from other parts of the plant, including seeds, bark, roots and fruits.

What are 3 common herbs or spices?

Herbs and Spices come from different parts of the plant

Examples are basil, rosemary, sage, thyme, parsley, and oregano. A spice can come from the root, stem, seed, fruit, flower or bark of the tree or plant. Examples are cinnamon, ginger, black pepper, star anise, and tumeric

What spices have the most health benefits?

Herbs are small plants that have a fleshy or juicy stem when they are young. The stems of some herbs develop hard, woody tissue when they grow old. Most herbs are perennials. This means that the tops of the plants die each growing season, but the roots remain alive and produce new plants year after year.

What vitamins are in herbs?

And several herbs, including parsley, have significant amounts of the essential vitamins A, C and K. But the true power of herbs lies in their wealth of protective polyphenols — plant compounds with potent antioxidant and anti-inflammatory effects